The drop off system explained

The drop off system or marking system explained:

The tour leader will set a moderate to brisk pace so that the group spreads out over a few miles. That way everybody is riding their own road, it also allows other traffic to overtake safely and also allows everybody space to ride their own road, at their own pace instead of getting dragged along in convoy.
There are 3 types of rider within the system:

The system requires you have one person at the front of the group (the tour leader) who will be familiar with the route and will navigate the way.

At a junction, a roundabout, fork in the road, or any change of direction that may not be obvious to the rest of the group. The rider directly behind the tour leader (the marker) must find a safe place to stop and indicate the route direction to the rest of the group. If it’s your turn to mark a junction think of your own safety first and only mark the junction where it’s safe to do so. (If for some reason the marker forgets to mark a junction and you are the person behind the marker (third-person) then you should mark the junction.

The whole group must pass ‘the marker’ except for the backmarker. The marker then re-joins the group in front of ‘the backmarker’.

This approach involves the entire group and means that the markers get rotated from front to back and gradually move up to the front again.

This method works extremely well and we have ridden in large groups all over Europe and Morocco without anybody getting lost. However, it does rely on everybody understanding the system and doing their part, and looking after their fellow riders within the group.

If this sounds confusing to you don’t worry, in practice, it’s very simple.

Remember – if you ever:

Even though we operate this system, you need to appreciate that this method isn’t foolproof and people do occasionally get lost, after all, there is only so much the tour leader can do from the front. If everybody looks after each other in the group and mark’s junctions correctly it seldom happens, but if you do take a wrong turn then DON’T PANIC! Look upon it as an adventure!

If the system breaks down you need to be prepared, it’s your responsibility to ensure you have a Map or Sat Nav with you.

You need to be aware that it’s not always possible for the tour leader to come and find you if you get separated from the group. In reality, unless you have only gone wrong by a few miles, or unless we can meet up at some kind of landmark along the way that is well signposted you are going to have to self-navigate to the hotel.
Remember to just RIDE YOUR OWN ROAD and at your own pace, that way everybody will have the maximum amount of fun, but more importantly, stay safe.

Although we seldom use motorways, however, they are occasionally a necessary evil. We do not operate the marking system whilst riding on the motorway. There are 2 main reasons for this, firstly it is illegal to stop on a motorway unless it’s an emergency, and secondly, motorway slip roads are extremely dangerous places to stop.

TIP: It’s difficult to stay together on motorways especially if you leave a large gap between bikes so try to ride in a staggered formation. (See image below )

Riding in a group:

Whenever there is a group of riders, you will inevitably get a wide range of experience and riding abilities. If you haven’t ridden in a group before you shouldn’t feel intimidated by the prospect. Riding in a group is easy just remember to ride at your own speed. Never feel pressured or compelled to ride faster than you are comfortable with and do not try to keep up with a faster more experienced rider. We have seen this happen many times and it normally only leads to one thing, disaster! Always remember to ‘ride your own road’. For instance just because a bike in front of you overtakes a car doesn’t mean you can follow after without checking for yourself you have enough space to safely overtake. This is probably the number one cause of accidents we have seen while group riding, check it’s safe to overtake first! 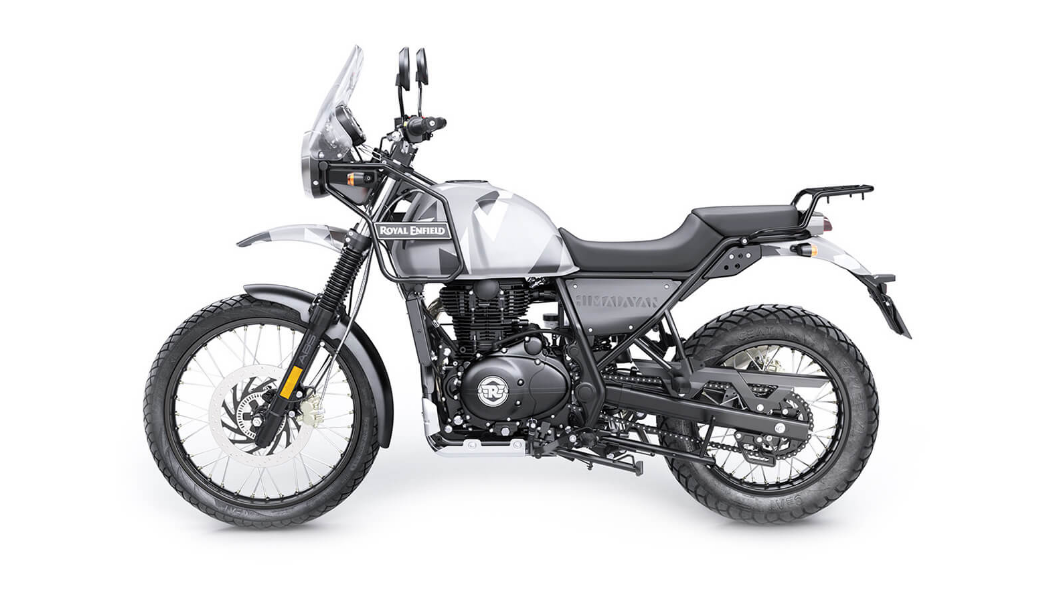 This all-inclusive self-guided tour, allows you to enjoy the Spanish and French Pyrenees at your own pace. Prices include bike hire with full insurance and hotel B+B accommodation. Starting from Barcelona ride coast to coast along some of the most exciting roads in Europe, traversing the entire length of the Pyrenees Mountain range! with hundreds […]
View Details
Special Offer from £ 795 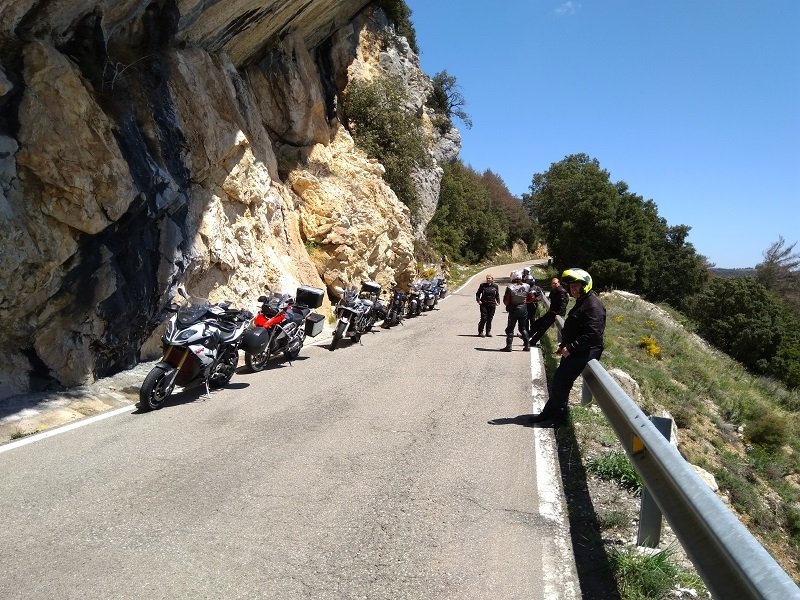 The Pyrenees and Picos Mountains all the way!

Pyrenees and Picos Mountains all the way tour - passes through the Picos de Europa national park, the Cantabrian mountains, and the Pyrenees! Offering some of the best motorcycle riding with hundreds of miles of smooth stunning twisty roads,
View Details
Offer From £ 1580 / € 1295 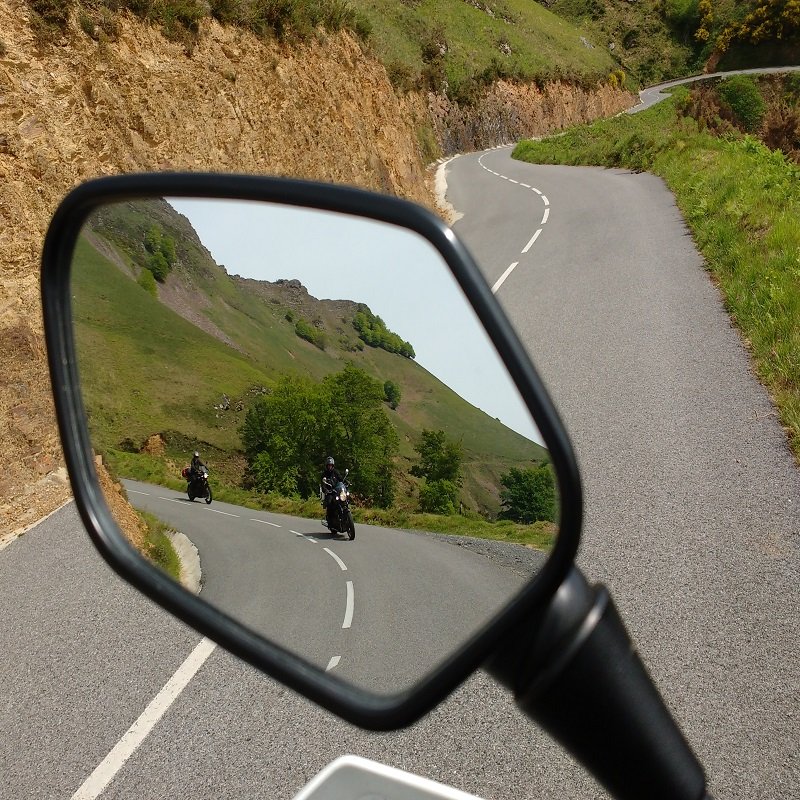 Motorcycle tour of Spain kicks off from Plymouth Or Barcelona, and takes us along some of the best roads that Spain or even Europe has to offer, taking in mountain ranges, stunning vistas, and many interesting places to see along the way….
View Details
Join the adventure ! offer From € 1560 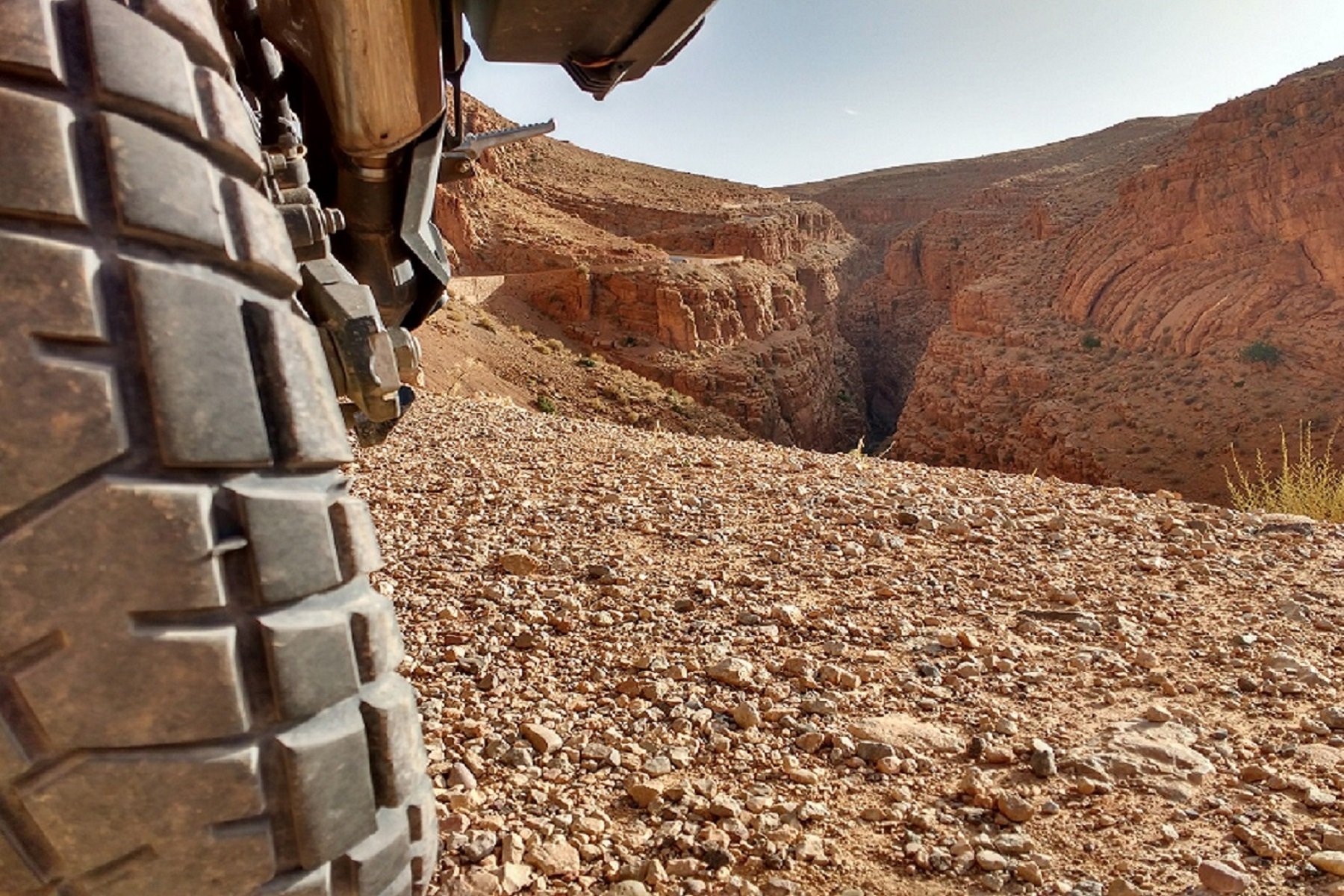 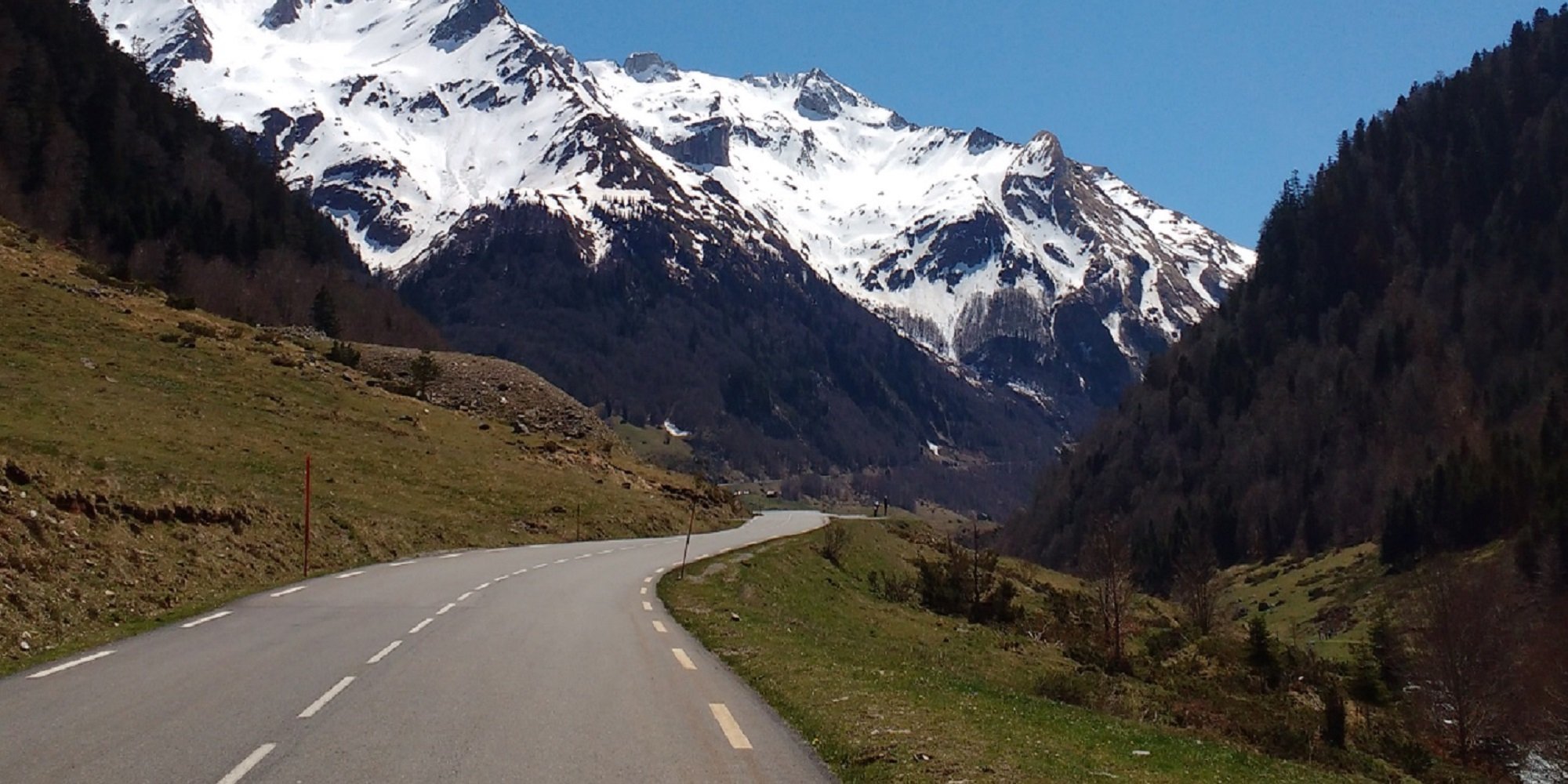 This all-inclusive self-guided tour, allows you to enjoy the Spanish and French Pyrenees at your own pace. Prices include bike hire with full insurance and hotel B+B accommodation. Starting from Barcelona ride coast to coast along some of the most exciting roads in Europe, traversing the entire length of the Pyrenees Mountain range! with hundreds […]
View Details
From £ 1250 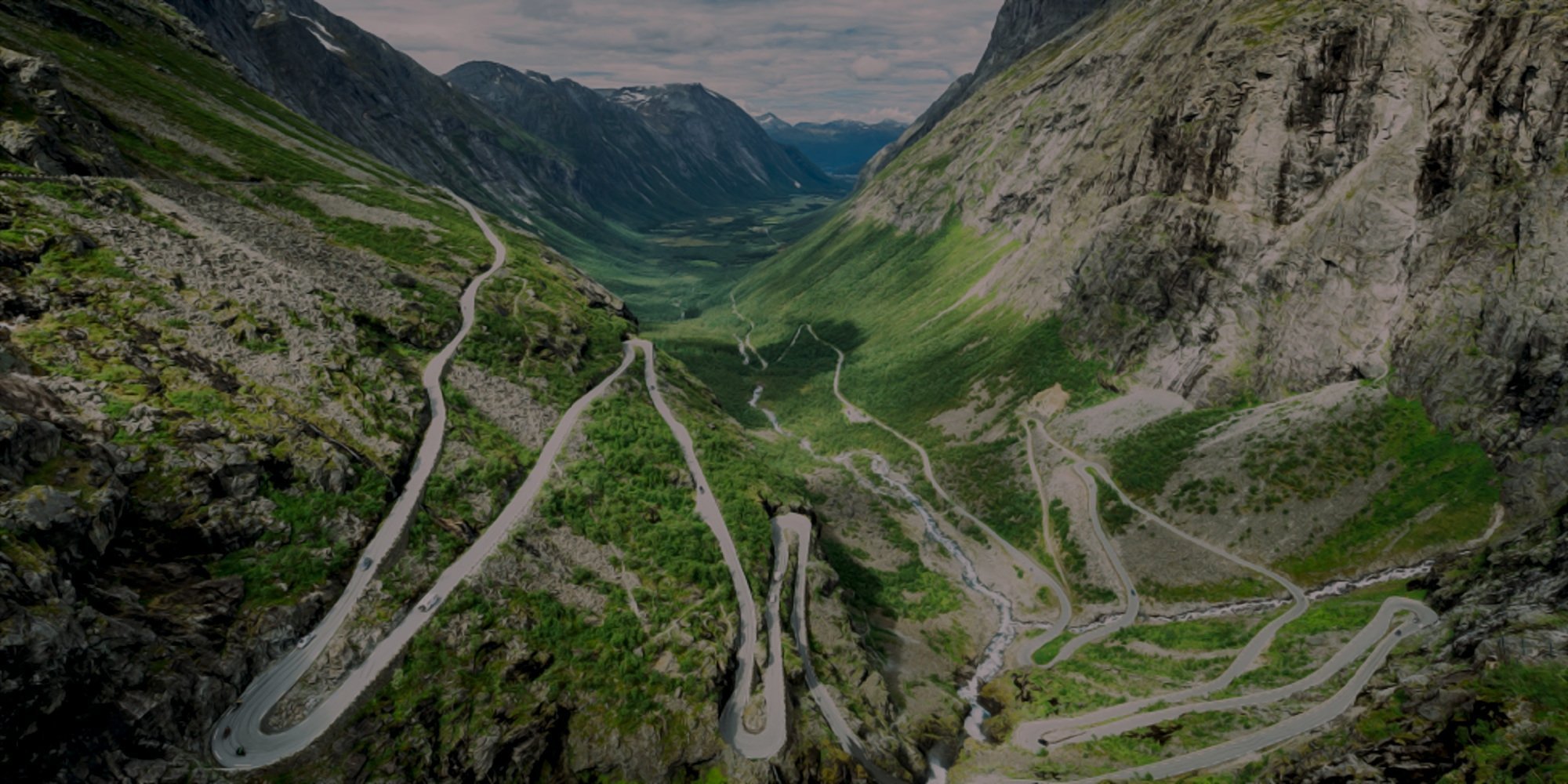 The Alps Mountains tour This is one of our favorite tours with even more brilliant mountain roads to ride! Plus great hotels and restaurants on this 10 Day guided tour starting from the Channel tunnel.
View Details
Special price from £ 795 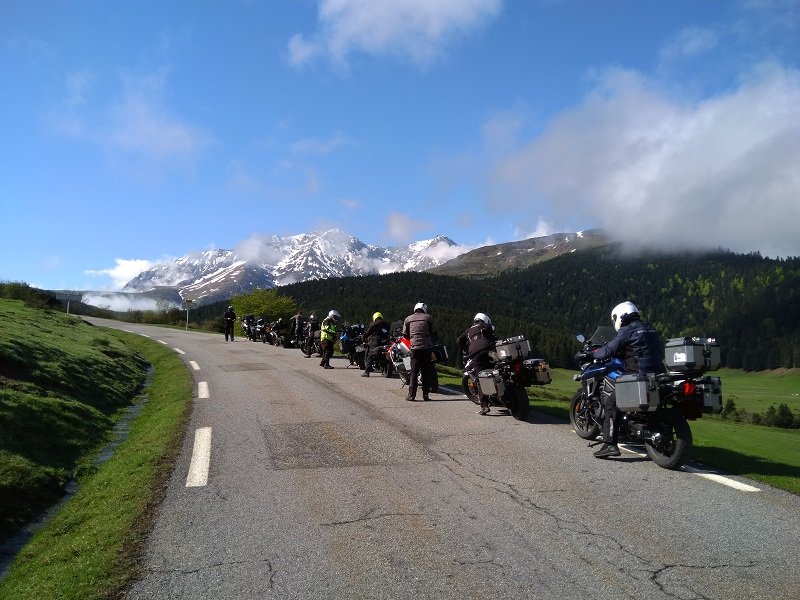 Motorbike Tour Pyrenees Mountains Guided or Self-Guided – Ride coast to coast along some of the most exciting roads in Europe, traversing the entire length of the Pyrenees Mountain range! with hundreds of miles of stunning twisty roads
View Details